Leave a comment Posted by Plugged In Promotions on March 19, 2013 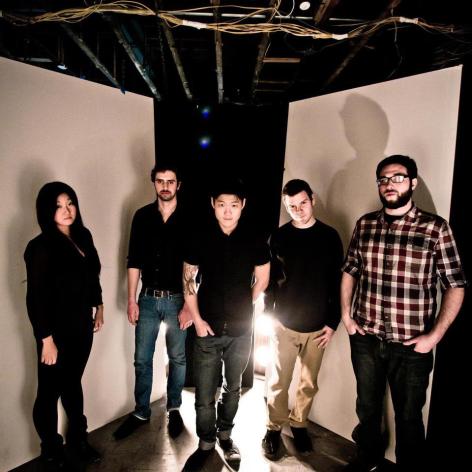 1. Introduce yourself with your name and a fun fact about yourself.

Jay- Hello I’m Jay and when I’m not playing with Owel, I make jingles for commercials.

2. When did you form and how did you all meet?

Jay- Most of us used to play together under the name Old Nick, but Owel started recently in late 2012. I knew Jane from when we were both little kids and our parents used to drag us to the same church. I knew Ryan from high school and Seamus from an audio engineering coarse I was taking. While we were under the old name, our good friend Dan left the band to spend more time with his family, and so we reached out for a new bassist on the internet. And that’s how I met Pat.

3. For people who haven’t heard your music before, how would you describe your sound to them?

Jay- This is such a hard question for any band. I guess I would have to say atmospheric alternative rock, but secretly I just want to say pop.

4. What influences your music?

Jay- We all have really different tastes in music. Personally, I’m a fan of bands like Radiohead, Apparat, and Sigur Ros. I also find myself being really influenced by great films and film scores. I love Jon Brion and what he does for a scene.

5. What brought about the name change which is now Owel?

Jay- There isn’t much of a story behind it. Theres even less of a meaning. I always wanted a name that didn’t say anything about what the band was or sounded like. I didn’t want our sound to be restricted by a name. Also those kind of names can get dated really fast.

6. On April 2nd you’ll be releasing a self-titled album, what can people be expecting from that?

Jay- I think the songs on the record touch on a lot of different moods and sounds. I think people in general feel so many different things and sometimes all at the same time, and so to me these songs are just a result of that.

7. What was your writing process like for that album?

Jay- I never really sit down and say, “ok, it’s time to write”. I just record them whenever I have an idea, and then go back to it later. Like even after we finished this last record, literally a week later I started writing new songs. I guess I’m just afraid of not catching something while it’s there.

8. When writing and recording songs, how do you know when they’re absolutely done and ready to put on the record?

Jay- I never do. Even now I wish I could’ve changed little things here and there. But that type of mentality can be so destructive. In the end I’ll probably end up doing more damage than good.

9. Has music always been something you were interested in pursuing? Could you see yourself doing something else?

Jay- Absolutely. Since I was a little kid it’s been something that I wouldn’t even question. And I could see myself doing lots of other things, but I wouldn’t be as happy.

10. What can people expect from Owel in the future?

Jay- More music. It’s just what we love to do. For me writing new music is without a doubt the most fulfilling part about being in a band.

Interviews, Q&A
← Doe Eye “Hotel Fire” EP Review INTO THE FLOOD to Embark on the “Till Death Tour” this May →

Plugged In Promotions is a team of dedicated, music-loving individuals, on a mission to help promote the bands you know and love. We strive to deliver a unique look at some of your favorite bands' lives, both on and off the stage, as well as provide updates on the latest tours, album releases, and up and coming musicians. So plug in, enjoy, and follow us, as we go behind the scenes to get the inside scoop on some of today’s hottest artists. Feel free to contact us for information about interviews, acoustic sessions, photography, band promos, album/EP reviews, set reviews, and much much more!

Grab some cool merch from This Is Local Love!

Check out Beebs and Her Money Makers!

Check out The Killing Lights!

Check out I Killed The Symphony!

Be sure to check out Divided By Friday!